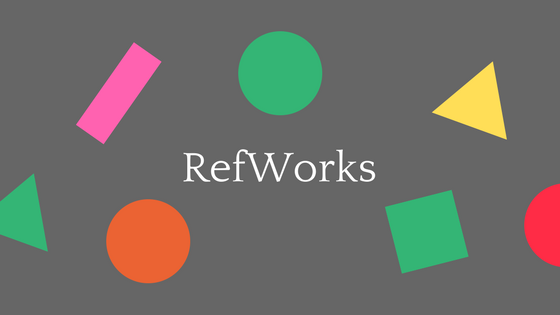 As a Union University student, faculty member or employee, you have access to an institutional account which includes unlimited document storage, unlimited sharing inside and outside the institution, easy institution-wide sharing, phone and email tech support, training and more.

So, what exactly can you do with ProQuest RefWorks?

With all of this easy citation help and access to online storage, why wouldn’t you use RefWorks? All you have to do is make an account.

Once you activate your account (you’ll receive an email with a link to complete the registration process), you’ll get access immediately and can get started managing your documents. 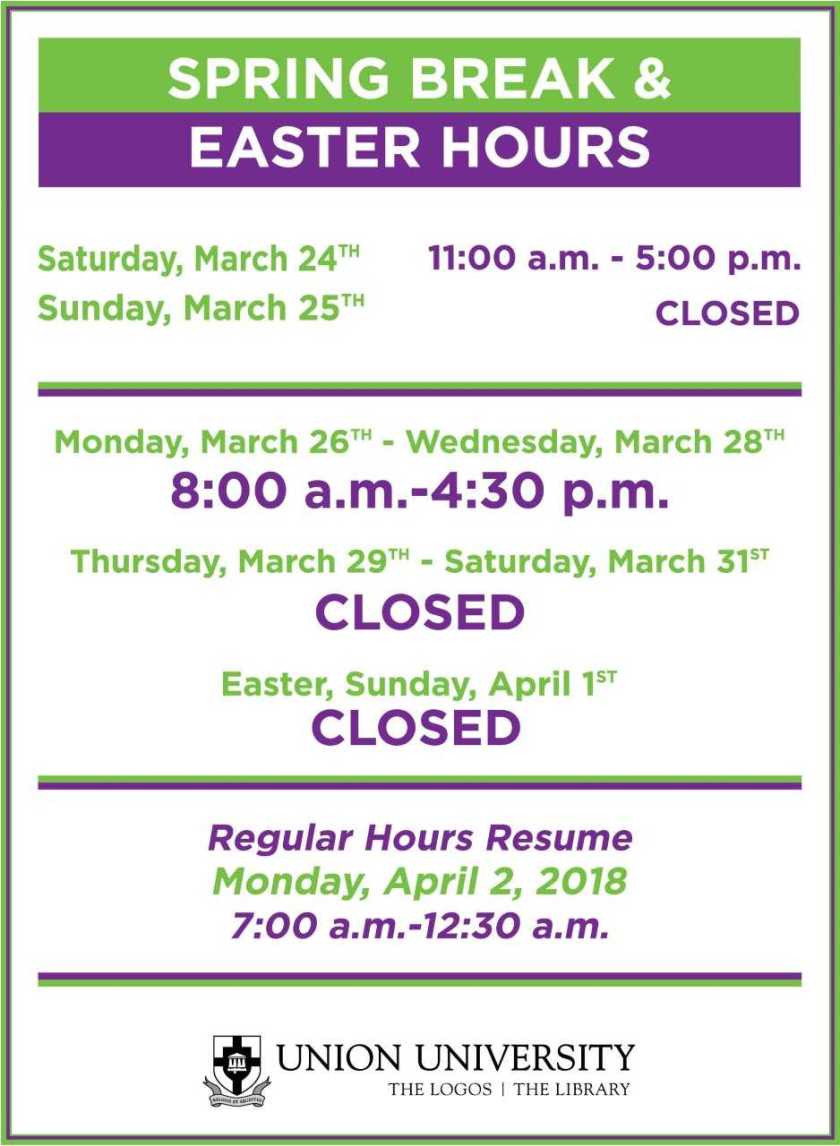 The library’s Recreational Reading collection (upstairs on the left) is your destination for refreshingly un-assigned spring break reading.

Whether you’re the sort who can’t wait to curl up with a long book and a huge cup of tea or you’re just looking for something to do on the plane ride home, we’ve collected a wide selection of popular fiction and nonfiction for you to enjoy in your spare time. Stop by the library before you leave campus and pick out a book!

Here are a few of our newer fiction titles: 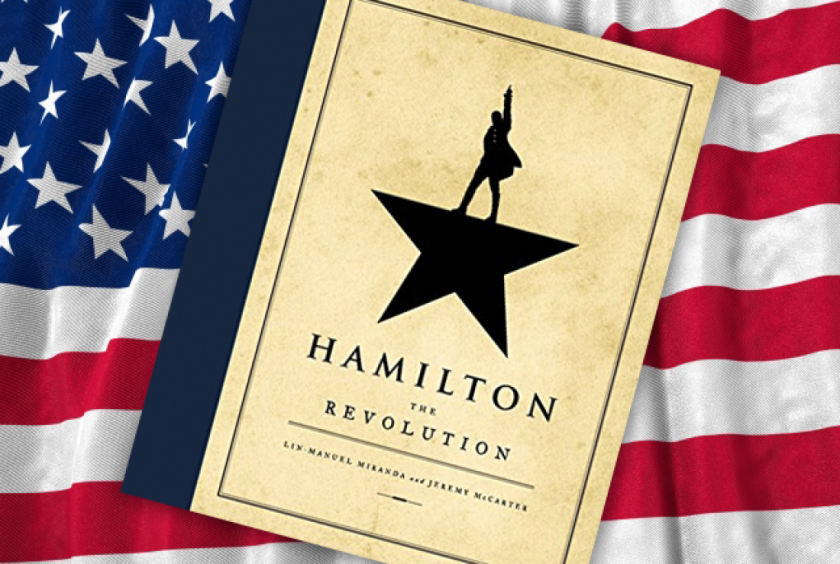 The Hamilton musical needs no introduction. It swept the nation by storm on its first performance: February 17th, 2015. Basing his production on the book Alexander Hamilton by Ron Chernow, Lin Manuel-Miranda stole the stage as the titular character, rapping his way into history. 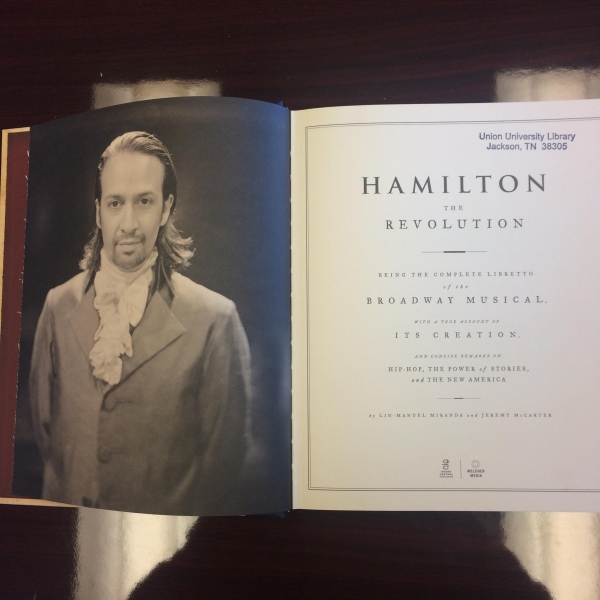 Now, the library has a new book about the musical itself! Hamilton: The Revolution, written by Lin Manuel-Miranda and Jeremy McCarter, takes us behind the scenes of the production. The book features brilliant photography of the original cast, the story of how Manuel-Miranda began his journey with Hamilton, and even the full script of the musical. 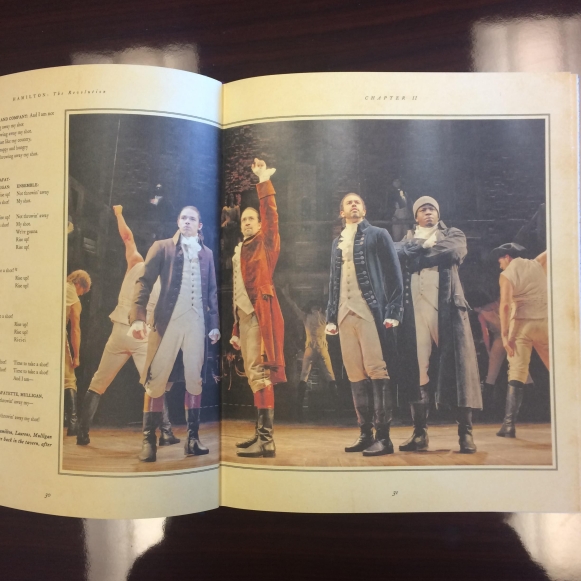 Click this link to find the book Hamilton: The Revolution at our library. The library also has several books about the life of Alexander Hamilton; click here for books about this historical figure. 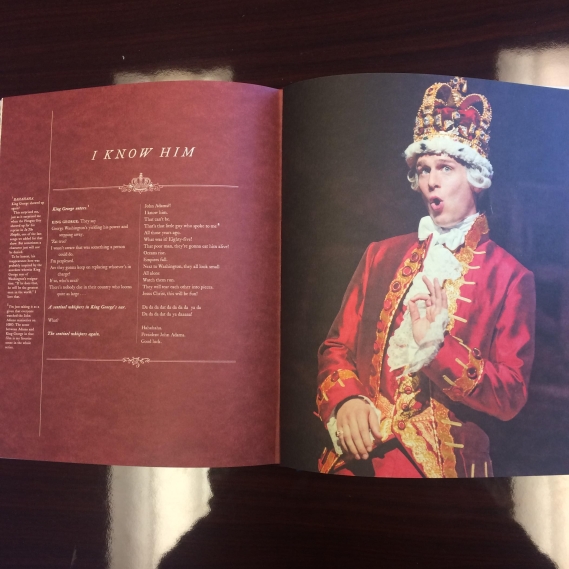 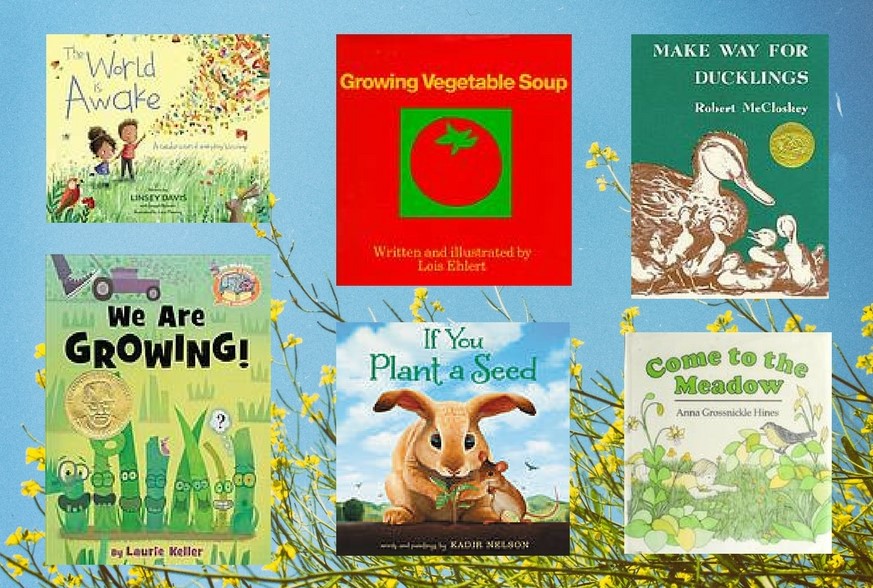 Today is officially the start of spring! Sunny days have returned at last (at least, some of the time), and new life is blossoming from the trees. If you have little ones who are feeling the urge to get outside, bring reading time outdoors too! We have a great selection of spring-themed children’s literature in the Family Reading Room. Take a look at these fun titles:

The World is Awake by Linsey Davis

This lively book takes readers on a romp through God’s creation, showing how everything he’s made, from zoo animals to fresh produce, praises Him. The vibrant illustrations recall the brightness of spring, which is the perfect time of year to teach kids thankfulness for the blessings of nature.

Bold collage illustrations and simple text make this a great first book about gardening. It follows the process from seeds planted to soup cooked, a joyful celebration of home-grown food.

Does a parade of quacking ducklings make you think of spring? Try this classic Caldecott Medal winner about a family of ducks seeking a home in busy, traffic-filled Boston. Author-illustrator Robert McCloskey’s sepia charcoal drawings may not be in spring colors, but they are alive with action and character.

We Are Growing by Laurie Keller

Beginning readers will enjoy this exciting story about…grass growing. No, really. As several blades of grass get taller, they discuss the things that make them unique–until one discovers there’s nothing unique about him. Or is there? Written in Mo Willems’ cartoon style, this book even features beloved characters Elephant & Piggie!

If You Plant a Seed by Kadir Nelson

Glowing full-page canvas paintings of leaping rabbits and staring birds fill this simple, low-text story about sowing and reaping. Starting with the growth of a literal seed, Nelson then visually displays how seeds of selfishness and seeds of kindness grow. The veggies on the last page look so juicy, this book might inspire a trip to the farmer’s market!

Come to the Meadow by Anna Grossnickle Hines 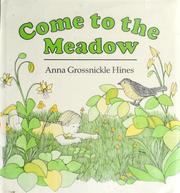 A little girl invites each of her family members to follow her to the meadow, which she knows is brimming with signs of spring. Each one is busy with some spring-related task and can’t come with her, until she asks Grandma, who suggests a spontaneous picnic to celebrate the season. Beautiful two-tone illustrations in yellow and green complement the text.

If you want to encourage your children to delight in God’s creation, pay attention to nature, or even be inspired with a love of gardening, check out these fun read-alouds available in the Logos Family Reading Room! 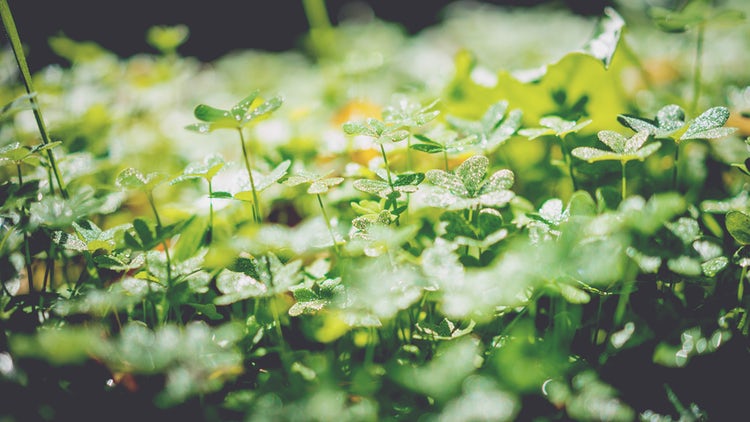 Every March, green clad people donning shamrocks eat corned beef and cabbage and dye rivers emerald in celebration of St. Patrick’s Day. This day, now celebrated by many, is used as both a religious holiday and a chance to celebrate Irish food, music, and heritage. Since his death in the late 400s, St. Patrick, and his holiday, have been surrounded by legends, lore, and strange traditions. Today, we’re going to fill you in on some facts you probably didn’t know about St. Patrick’s Day.

1) He didn’t bring Christianity to Ireland.

Contrary to common belief, good old St. Patty did not bring Christianity to Ireland. There are accounts by Pope Celestine addressed to a bishop of Britain named Palladius telling the bishop to minister to the Scots believing in Christ. That letter was sent in the year 430, while St. Patrick didn’t arrive in Ireland as a missionary until 432.

2) Corned beef and cabbage was not the traditional meal.

While salted meats are no stranger to Irish menus, the food traditionally eaten on St. Patrick’s day is Irish bacon. It was traded in for corned beef when Irish immigrants to America were able to obtain corned beef more easily from their Jewish neighbors than Irish bacon. Even though it may not be the tradition, 26.1 billion pounds of beef and 2.3 billion pounds of cabbage are eaten on St. Patrick’s day in the US alone.

3) He is in the baptism hall of fame.

I mean, he would be if there were one. Legend has it that St. Patrick baptized over 12,000 people in a single day near Killala. I’m not sure if he dunked every single person one at a time or if it was more of a spritz-n-dash situation. Maybe he just filed everybody into a river and told them to drop, but hey, it’s still pretty impressive.

4) Green was not the original color for the day.

While leprechauns don’t have anything to do with St. Patrick’s lore, they are still associated with the holiday. The word leprechaun is actually derived from the original word “lobaircin.” The direct translation of “lobaircin” means small-bodied fellow, and they had the very important job of fixing fairy shoes.

Ok, ok, you may have known this one, but did you know it takes over 40 pounds of dye to change the color of the river? Also, the color fades by nightfall so you only have a brief window to see the green water. The tradition has been going on since the early 1960’s, but don’t worry, the dye is fish friendly.

7) There are over 30 million US residents with Irish heritage

Actually that’s 34.7 million to be exact. To put that in perspective, that is about seven times the total current population of Ireland. Similarly, the US city with the highest Irish descendant percentage is Boston, Massachusetts, with 20.4%. 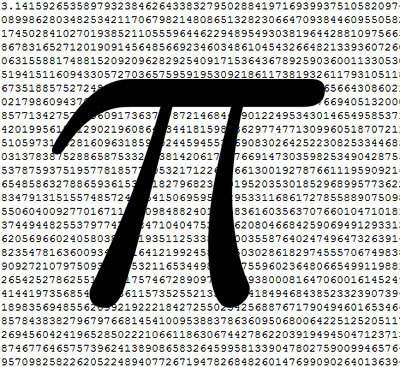 Today is Pi Day! To celebrate the math (and the food), we’ve compiled a collage of library books and media that tell us about pi(e). Click the links below the covers to see if they’re available! 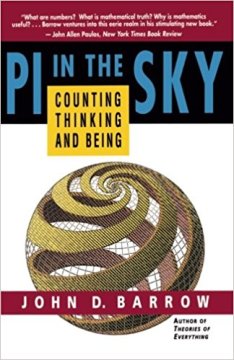 Pi In The Sky: Counting, Thinking, And Being 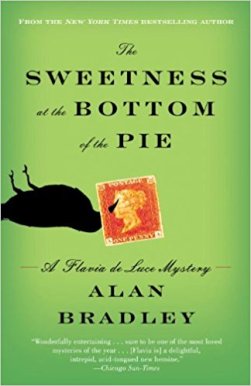 The Sweetness At The Bottom of the Pie 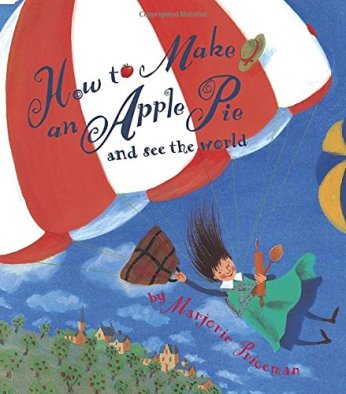 How To Make An Apple Pie And See The World 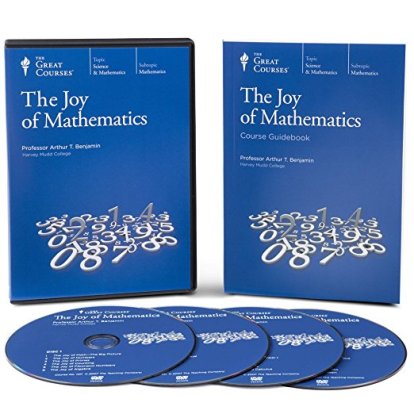 The Joy Of Mathematics 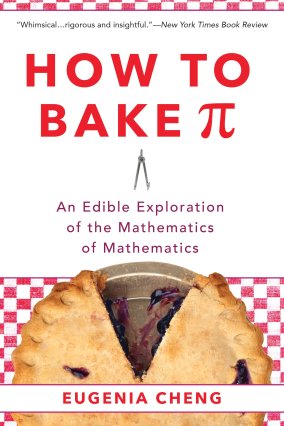 How to Bake Pi 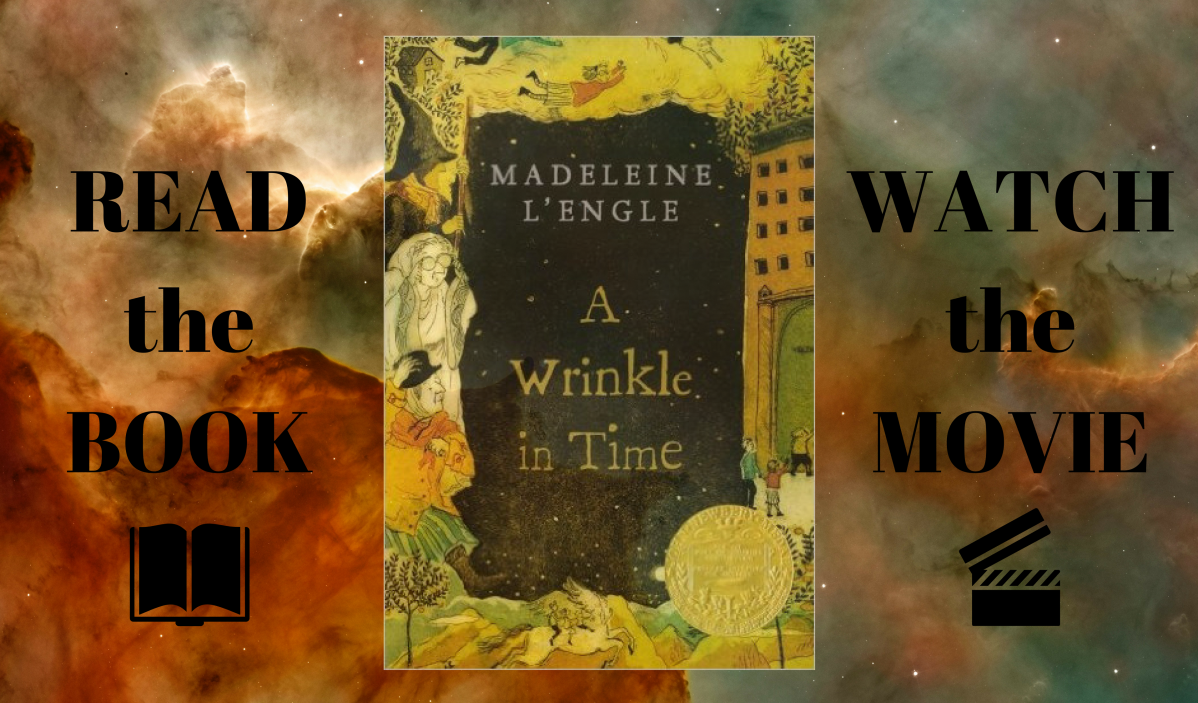 If you’re excited about the new Ava DuVernay film A Wrinkle in Time, take the “time” to read the original young adult classic by Madeleine L’Engle, which is available at the Library! This science fiction novel stars an awkward middle school girl and her genius little brother, who struggle against incomprehensible forces of cosmic evil and discover the triumph of love. Mrs. Who, Mrs. What, and Mrs. Which are more than happy to take you along on the mind-bending journey from the Murry family’s vegetable garden to the outer reaches of space.

If you’ve already read the novel, here are some other great titles to check out: 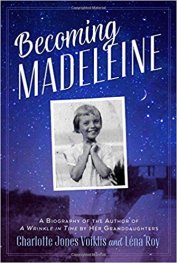 For professors, Choice Reviews Online can be a life-saver. This database contains almost 200,000 reviews of academic titles, making it easy to weed out new titles that are unnecessary or to add essential material to your department.

The ratings icons that Choice Reviews uses are shown below:

Choice Reviews also offers video tutorials, which are linked below:

Further, you can view helpful Choice Review webinars like the one below: 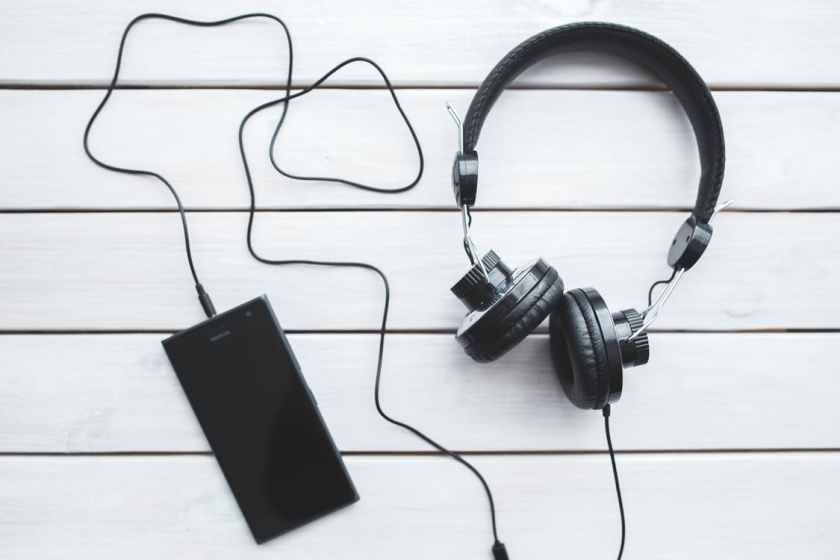 Have you ever booked the library’s Recording Studio? It’s a great place to record your very own podcast!

If you’re looking for inspiration for making your own podcast, or if you just want something new to listen to, this blog post is for you! We’ve got recommendations from several members of our library team.

1. Paul Sorrell recommends “The Bowery Boys,” a podcast that focuses on the history of New York City, and “The Art of Manliness,” a lifestyle podcast aimed towards young men. The latter regularly interviews authors.

2. For Jenny Manasco, the best podcast is “Welcome To Night Vale,” which operates in the style of community updates for the small desert town of  (you guessed it) Night Vale.

Whether you enjoy people’s stories, movie reviews, or fun advice, there’s probably a podcast out there waiting for you.

What are your favorite podcasts to listen to? Do you ever listen to podcasts in the library?

Top 5 Family Movies At The Library