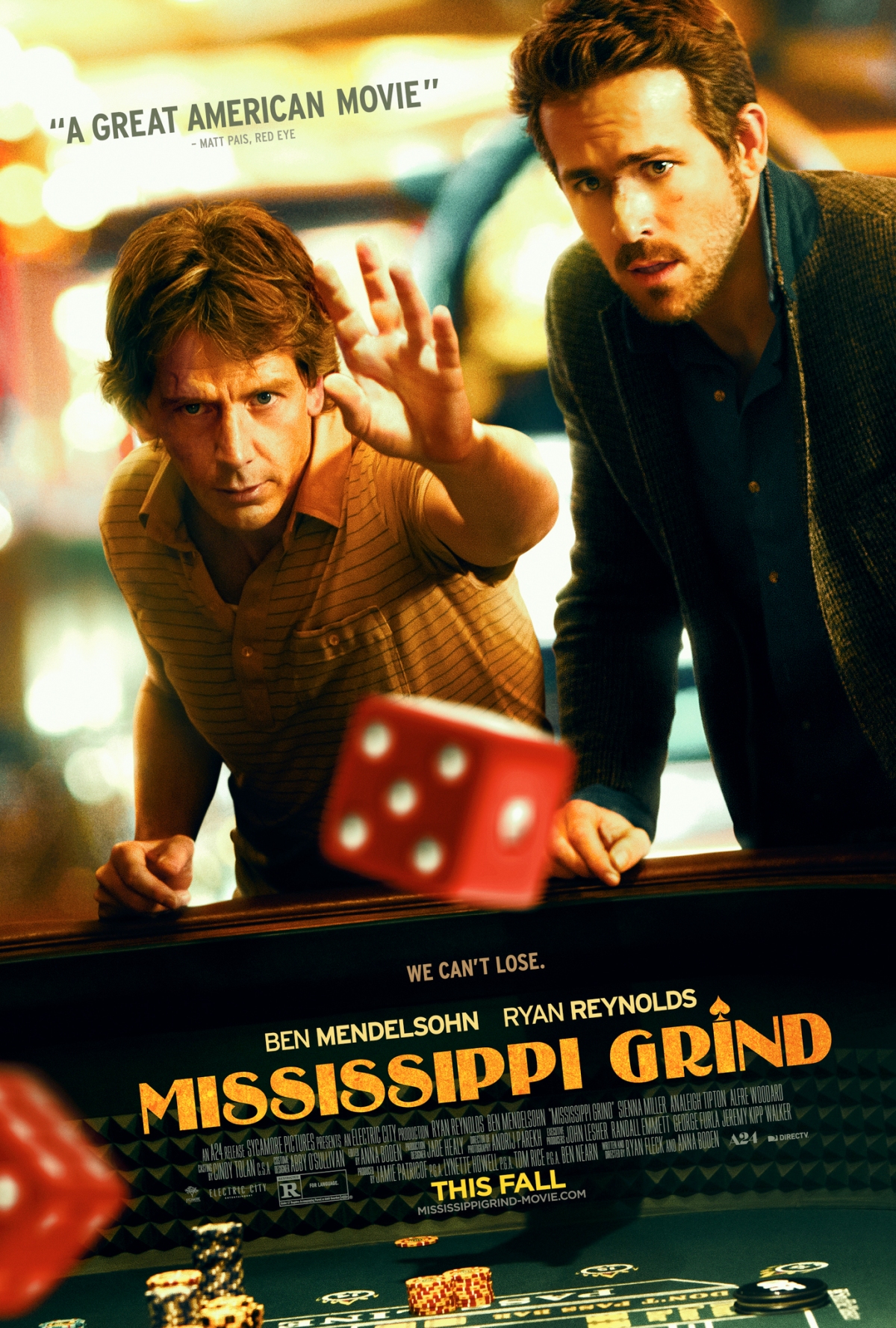 Games of luck and chance are often followed by loss and regret, but rarely the game can turn in your favor and you can win big.  Gambling and the rush of action can be as addicting as any chemical drug, and, more times than not, it leaves sorrow and misfortune in its wake. Mississippi Grind highlights these themes in a powerfully acted and stylishly atmospheric film.

It was written and directed by Anna Boden and Ryan Fleck, who would go on to also do blockbuster films like Captain Marvel. It stars Ryan Reynolds and Ben Mendelsohn as a pair of down-on-their-luck gambling addicts who team up to hit all the major casinos and private games in order to participate in a $25,000 high stakes poker game in New Orleans. Curts (Reynolds) is a drifter who dreams of winning enough money to finally settle down, but his obsession with gambling continually leaves him on the road looking for the next big thing. Gerry (Mendelsohn) is a divorced real estate agent who is deeply in debt to everyone who knows him including loan sharks. He longs to win big so he can pay off his debts and reconnect with his wife and daughter.

This film is masterfully done as the tension and high stakes contrast the moments of friendship and bonding the two characters show for each other. Although they have different philosophies, and both have very negative character flaws, they come off as sympathetic and remarkably human and relatable.

Mississippi Grind is available at the Union University Library.

*Please note: it is rated R for language and some suggestive situations.