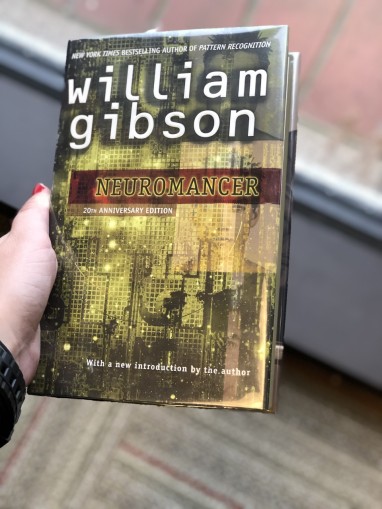 Neuromancer is a classic science fiction novel written by William Gibson. The story follows Case, a cyberspace hacker, and his new assignment from a mysterious figure called Armitage. Eventually, a powerful AI comes into the mix, and Case is in for way more than he bargained for.

What Neuromancer gets right: It’s a lot like The Matrix, and who doesn’t like The Matrix? (Technically I should say that The Matrix is like Neuromancer, since the book came first.) Case’s world is flashy, fake, and fun. Neuromancer was one of the forerunners of the cyberpunk genre when it was released in 1984, so it’s certainly interesting for historical value.

I also enjoyed the various villains and ambiguous characters in the book (particularly the AI ones). They kept the story fresh and were always adding to the suspense.

What Neuromancer does wrong: It’s hard to follow. I found myself rereading sentences, wondering what I’d missed and confused by the vocabulary that Gibson never explained. I wouldn’t mind if a few terms flew over my head (I’d rather read on than get mired in semantics) but I was lost for the first half of the book. Neuromancer demands your full attention, and even then you still might miss something.

Like Ender’s Game, Neuromancer was a book that, while intriguing, ended up falling flat for me. I felt like I was being kept in the dark about Case’s mission a little too much. Sure, Case himself barely knows what he’s getting in to, but when you’re reading about a completely unfamiliar setting with barely fleshed-out characters, you need something to understand and relate to.

One of the characters, Molly, does get more backstory and nuance toward the end, which I was grateful for. I also liked what I saw of the characters Wintermute and Hideo, and I wished we could have learned more about them.

Who should read Neuromancer: Fans of classic science fiction, Blade Runner, and The Matrix.

Neuromancer is available here at the library. 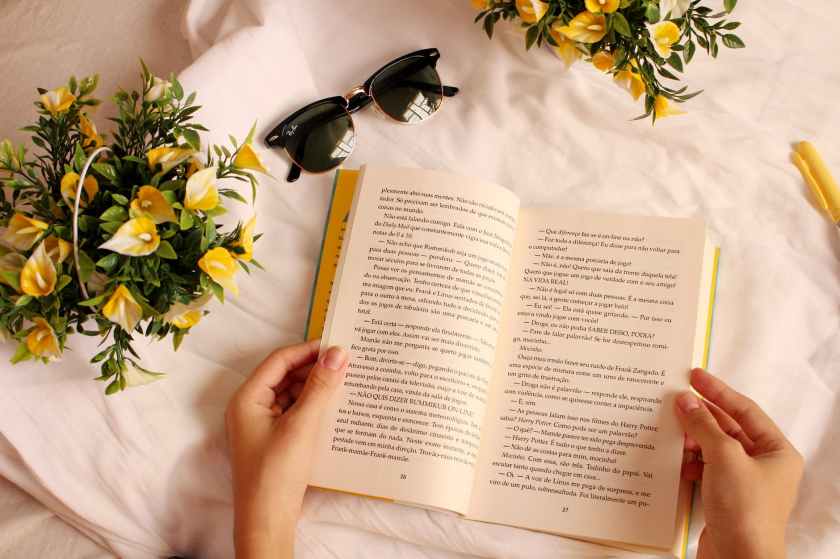 The Testaments by Margaret Atwood (2019)

The Testaments was just recently awarded the Booker Prize for this year. The long-awaited sequel to The Handmaid’s Tale has been a bestselling favorite since it was published in September. The Testaments takes the reader back to the horrors of Gilead with three different narrators.

*If you’d like to read The Testaments, I’d suggest asking a librarian to put a hold on it for you, so that you will be the first person in line to get it once it is returned. It’s been constantly checked out since we first got it for the library!

This is the unusual story of zookeeper’s son Pi Patel, a tiger, and their struggles for survival after a boat accident. Life of Pi was also turned into a popular movie in 2013, which is available here at the library.

In England, three working-class veterans drive their friend’s ashes to the sea, learning about each other’s lives along the way. This book has been on my reading wish list for awhile- I’ll get to it some day!

The Remains of the Day by Kazuo Ishiguro (1989)

After reading Never Let Me Go by the same author, I’ve been eager to read his famous book The Remains of The Day. Stevens, a quintessential English butler, narrates his life and career throughout WWII.

From the publisher: “A classic novel, in which the man who calls himself the “bomb of Bombay” chronicles the story of a child and a nation that both came into existence in 1947-and examines a whole people’s capacity for carrying inherited myths and inventing new ones.” Rushdie is more well known for his book The Satanic Verses, but it was Midnight’s Children that won the Booker Prize in 1981.

First things first: Atonement is a controversial book, but there can be no doubt that it is well-written. Ian McEwan gets inside the minds of his characters with a precision that is almost uncanny- how can an adult man so accurately capture the motivations of a dreamy (and judgemental) thirteen-year-old girl? Yet the story unravels in flowing prose that compels you to read more, and you believe the characters, as dysfunctional as they are.

To summarize without spoiling, Atonement is mostly about the connection between a  young man and woman and how it is dangerously misunderstood by a thirteen-year-old girl. This leads to a great injustice, tearing apart the family at the story’s center. McEwan also throws in a lot about WWII in the second half of the story and how simply trying to survive can alter one’s reality.

What Atonement gets right: the writing. To me, Ian McEwan’s style is like a mixture of F. Scott Fitzgerald (modern) and Jane Austen (Regency era). That’s hard to pull off, but Ian McEwan succeeds. His story is all about the characters and their inner workings, so the plot revolves around their reactions and decisions. Thus, the different events in Atonement make sense to the reader because we know what’s really going on with the characters (even if they don’t), giving us the satisfaction of being “in on it.”

What Atonement gets wrong: In the #MeToo era, it’s hard to read about a rape that essentially goes unpunished. The main witness to the crime (who is not credible at all) takes control of the situation, which leads to the actual victim essentially not even having to give a testimony. This is an obstruction of justice, and McEwan’s attitude toward the young girls involved is detached at best and coldhearted at worst. In fact, most of the adults in the book are extremely neglectful of the children they are supposed to be taking care of, and McEwan writes as if this is normal and expected (instead of, you know, wrong).

Who should read Atonement: I’d recommend this novel to anyone who enjoys books about fictional crime, in-depth character analyses, WWII, nursing, literature in general, and very complicated romances.

Who shouldn’t read Atonement: People who like books where they can escape and be happy in that escape. This book isn’t light or positive.

Ian McEwan’s new science fiction book, Machines Like Me, is due out this year. You can find two of McEwan’s books, including Atonement, here at the library.

Christians should never underestimate the power of their priesthood among nonbelievers. I was hooked, and drawn deeper into the faith, by the character of various believers and how it spoke of their God: by their humility, humor, compassion, perspective, even priorities. – Carolyn Weber

Surprised By Oxford by Carolyn Weber is a memoir that shares the author’s testimony. Weber arrives at Oxford ready to hit the books but is surprised when she instead begins wrestling with what she believes about the afterlife, the Bible, and theology in general. She also meets a fellow student who intrigues her, but she is wary of dating and Christian men in particular. What follows is a beautifully written tale of discovery, faith, friendship, and a little bit of romance.

If the title of the memoir sounds familiar, you may be thinking of Surprised By Joy, the autobiography of C.S. Lewis. Like Lewis, Weber also struggled with theology before coming to accept Christ as her Savior. And also like Lewis, Weber recorded her story so that others might have hope and believe.

To learn more about Carolyn Weber and her book, you can read her interview with The Gospel Coalition. Surprised By Oxford is available at the library in our main book stacks.

Top 5 Musicals On DVD At The Library