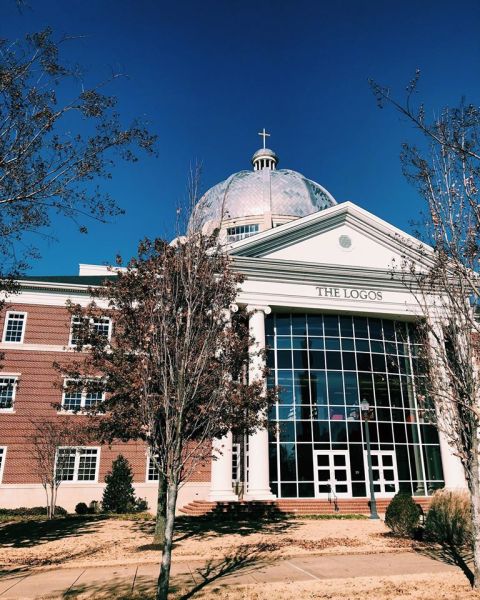 What can the library do for you, as a student at Union? We’re glad you asked! Read on to find out how you can get the most out of your library experience.

Social distance and wear a mask while you are in the Logos.

Keep us safe and open by following our COVID-19 protocols!

Visit us at the Circulation Desk or at the Research Desk. Ask us questions!

We love to help people, especially patrons who are excited about the library. We’ll gladly point you in the right direction (or literally walk with you there). We can also give you tips on using our library website, finding library items, checking out Reserves, ordering a book through Interlibrary Loan, etc.

Print, copy, and scan documents with our printers.

You can use one of our desktop computers or your own laptop to print here. Just use Paw Print if you’re printing from your laptop! Our copiers can scan books and papers for you and send them to your email. Click here for a tutorial on how to do that!

You can do pretty much anything library-related on our website: renew your books, search for articles, schedule a Research Coach appointment, view old Cardinal and Cream magazines through our online Archives, see our operating hours . . . the list goes on! Just go to www.uu.edu/library and dive in!

Book a study room, the Recording Studio, the Media Room, or the Interview Room.

Need a space for something school-related (and not too loud)? We have rooms for that! Book online through our website, and reserve ahead of time to beat the crowds.

Borrow Expo markers, pencils, highlighters, and pens- but please bring them back!

We have a limited supply of writing materials that you can use while in the library. Please bring these items back to the Circulation Desk when you’re done so that others can use them.

While you’re at it, borrow a book or movie!

I’ve heard alumni say how sad they are that they didn’t take full advantage of check-out privileges when they were students. Just come to the Circulation Desk to check out, or use a Self Check Machine. It’s easy!

For more on all of the great things you can do at the library, check out our blog post about the library’s underrated perks!

So you’re ready to check out a library book- here’s how to do that:

1. Locate the book that you need. You can do this by looking up the book by using our online catalog and then finding the book by its call number on our shelves- click this link for more help with that, or go to the Circulation Desk for in-person help.

2. Take the book down to the first floor.

Option 2: take the book to the Circulation Desk and ask the library employee for help checking it out. The library employee will then either scan your ID or ask for your name to look up your account, and then they will check it out to you.

4. Look for a due date receipt in your email- these receipts are automatically sent from our system and will remind you when your book is due back.

5. Eventually, you will need to return your book by its due date- check out this blog post for more information about how to return your library items!

*you can use this same process to check out DVDs and audiobooks as well!

Recently, I have taken the Personal Financial Management class here at Union, and as I am about to graduate in the spring, I have begun to think more and more about more and more of my own finances. Here are 5 tips in personal finance:

If you can, try to pay for things up front and in cash. Whether it is a new phone or a new car, try to use cash. As college students, we probably already have thousands of dollars of debt anyways. We really don’t need more.

2. Pay off your student debt ASAP.

Becoming a college student is one of the best decisions you can make in your life. It can also be one of the most expensive. Once you graduate, it is important that you live meagerly and attempt to pay off your debt in a timely manner. The longer you wait, the more debt will accrue.

Once you start paying off your debts, you can start allocating your money to other things. One important tip I have learned is that you can just start saving the money that you were already using to pay off your debts. You already know how to live without that money, so maybe you can keep living that way.

One of the classic and most important financial tips is investing early. Putting money into a 401K or mutual funds is critical. Money you invest now will grow exponentially, and being financially aware now can legitimately help you to become a millionaire by the time you retire.

5. Give to charity and to the Church.

This is something you should already be doing. God has told us that we should give a portion of our earnings to God. This is the most important tip I can give you. Give, not only because God will reward you, but because we are called to.

There are many other tips out there! Learning how to create a budget, creating an emergency fund, treating yourself every now and then, having small side jobs, and writing down your goals are just a few others. More than anything, the most important thing is to be responsible with the resources given to you!

Chances are that if you’re a student at Union University, you’ve had the unpleasant experience of dealing with the threats posed by severe weather. Union’s unique location near what is now coined “Dixie Alley” or “The New Tornado Alley” puts it in the threat zone for strong storms more frequently than most other places in America. Each year a variety of weather hazards impact campus, none more dangerous, however, than those that include the threat for tornadoes. Knowing how to properly respond to these threats is an important part of living at Union, and one that every student should take seriously. In order to help you know more about these threats and make your life less stressful when they occur, I have compiled a list of helpful weather tips for next time stormy weather impacts campus.

Know what to expect, but don’t freak out –

Most severe weather at Union is advertised at least a day or so in advance. Have a method for being informed on these matters. Follow a local meteorologist on social media, be friends with Union’s own weather geek (that’s me), or have some other way to check into local/reliable sources. Weather apps can be great products for day to day weather forecasts but are not well suited for detailing severe weather threats. Also remember that a forecast is just that, a prediction. It is not designed to cause fear, but to provide you with the opportunity to plan ahead and make informed decisions.

What is the difference between a tornado warning and a tornado watch? This is one of the severe weather questions I get asked the most. A tornado watch is issued to alert people to the possibility of a tornado developing in your area. At this point, a tornado has not been seen but the conditions are very favorable for tornadoes to occur at any moment. The watch area is typically large, covering numerous counties or even states, and is often in effect for many hours.

A tornado warning means that a tornado has been sighted or indicated by weather radar. There is imminent danger to life and property. Warnings typically encompass a much smaller area (around the size of a city or small county) that may be impacted by a tornado identified by a forecaster on radar or by a trained spotter/law enforcement who is watching the storm. 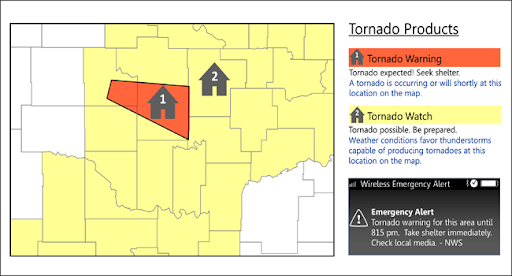 Know what to do –

As Union students, this has been drilled into our brains from day one. In the event of a tornado warning, we are told to take shelter in the bathrooms of a lower floor dorm. If you are in the library, the first floor bathrooms are where you take shelter.

However, there are situations where this is obviously not an option. One of the most dangerous places to be during a tornado is on the road. If a tornado warning is issued while you are driving, the best option is to pull into the nearest public building and seek shelter in a restroom. Small interior rooms in sturdy buildings are ideal, but don’t spend too long trying to find the perfect location and risk being caught outside.

It’s easy to do. Union experiences an average of two tornado warnings per year, a large majority of which are never actually accompanied by a tornado. This is complicated even further by an alert system that is initiated by warnings which may not even affect campus (but simply clip a portion of Madison county). Despite attempts by the NWS to move away from county based warnings through the use of polygons, this has yet to become incorporated into many local warning systems (such as tornado sirens or UU alerts). Such a situation took place earlier this year when a tornado warning more than 14 miles south of campus initiated UU and city alert systems, despite the storm never posing a threat to the University (see image).

As a result of such inconsistencies, I have observed the tendency of Union students to react nonchalantly to many warnings. While it may seem that most are unwarranted, playing the odds is a very dangerous game. There may be times when a tornado warning is issued and you have very little time to respond. Unless you have access to information indicating otherwise, it is wise to treat every warning as though a tornado is imminent. 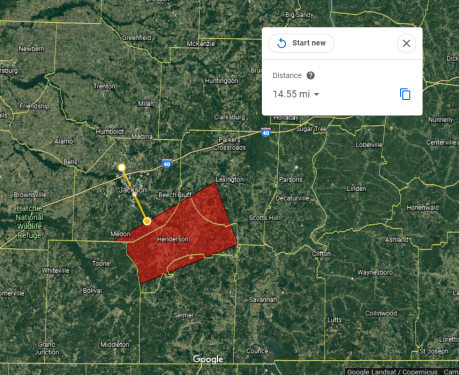 Get a good radar app –

I believe everyone has the capacity to understand detailed radar data. Unfortunately the radar imagery provided to you by most weather apps is low quality data that often lags and is highly misleading. Being able to observe storms ahead of time on radar, along with accompanying warnings can be a huge help as you anticipate severe weather. One of the best sources of detailed radar and storm information is the user friendly RadarScope™ application. I highly recommend this product to anyone who wants access to high resolution radar data and warnings. This product is available on the the iOS and Android app stores. You can also check out their website here: www.radarscope.app.